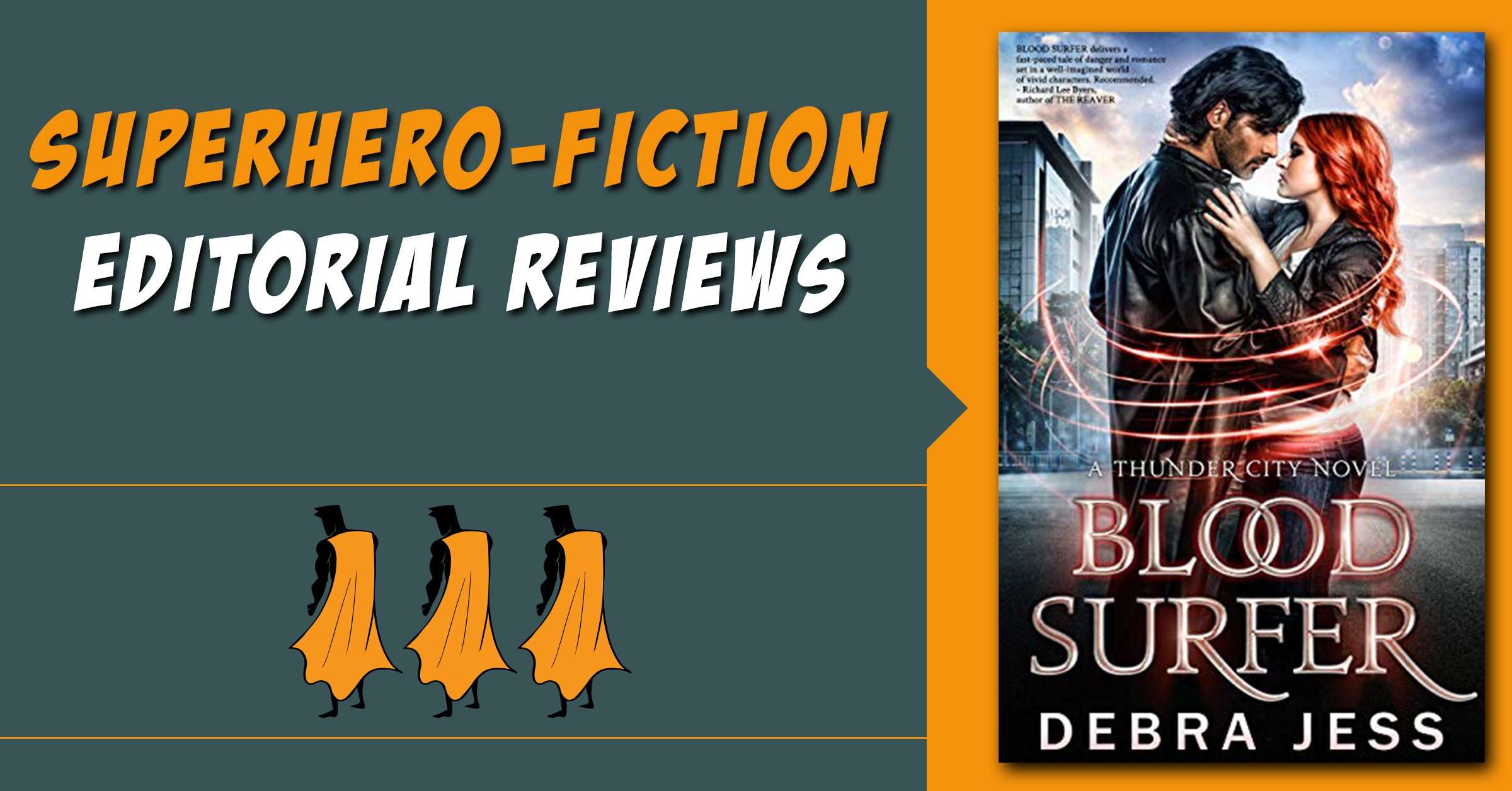 Blood Surfer by Debra Jess is the first book in the Thunder City series and is a Superhero Romance novel.

The book opens with a deadly fight on a helicopter, introducing us to our male lead, Scott. The fight takes a bad turn and that’s when we meet  Hannah, our heroine. The action is incredibly fast paced for the first few chapters, and I couldn’t put it down.

It was obvious that Hannah and Scott were supposed to be the romantic couple of the book and, at first, I was intrigued by this relationship. Scott has a reputation for hating those with powers, or Alts as they are called in this world. And Hannah so happens to be an Alt. I was really curious how this problem would be resolved and after the explosive beginning of the book I was excited to go along for the ride.

However, my excitement quickly fizzled.

After a good meet-cute, the chemistry between Scott and Hannah disappeared completely. The author doesn’t give us any substantial looks at the inner romantic life of the couple. What do they feel when one of them looks at the other, when they touch, etc? This is almost entirely missing.

We get a few glances, some questioning looks and even one “Wow she’s beautiful when she’s cleaned up” moment. But other than that, I had no idea what was going on emotionally with either person. For a romance novel, this seems strange in the extreme since the emotional component is why we read.

A few times the author told us what the character was feeling, but she never showed us. Even the sex scene felt perfunctory and had all the emotional satisfaction of getting hot dogs when you really ordered prime rib. We find out a couple of scenes later that Scott knew that Hannah was a virgin and that’s why she was hesitant in their encounter, which was news to me since there was zero indication of that from Hannah in that scene. What makes this even more baffling, is that something like that would have added the emotional depth that it so desperately needed throughout the entire book.

We also find out that after their sexual encounter, Hannah felt brushed off by Scott. But, again, this was nowhere on the page in the moments after sex. In fact, Hannah seems to be all business and we get no indication of why she has no emotional reaction to having sex with Scott even though the scene is from her point of view. It is things like  this that make the romance in the book so lackluster that it ends up kneecapping what would otherwise be a good superhero novel.

The world building, power sets and villain were all very good and was the only thing that kept me reading. This is the reason I am giving Blood Surfer three capes. Without the good superhero component, this novel would have been unreadable.