Throughout the galaxy, the word human is synonymous with death, fear, and destruction. A shunned species, rumored by most to be extinct, there has not been a human spotted in the civilized universe for over sixty-thousand years.
Only a handful of top leaders of the alliance known as the Legion of Planets know that there is a planet filled with seven billion of what was once known as the scariest and war-mongering of all sentient races.
This planet is called earth and is strictly off limits and hidden far away.

But enemies of the LOP plot to find these rumored monsters.

Eleven-year-old Marc Marquette loves to stare up at the moon on his parent’s double wide in the dark of the Louisiana night. His brother Tomas attempts in his way to make life for his brother easier, but it’s not always easy with their parents dealing with their personal demons. Marc’s goal is one day to go to the moon, but fate will soon send him and his brother much farther on an adventure that will forever change the Universe.

In this opening salvo of book one we will follow Marc, Tomas and their friends as they are abducted and brought to the ancient world of Katania. Trained by a species that was just as shunned as the humans.

In the second story, we meet David and his team.
A new generation of heroes, they have been created to a fill a void that was created by a horrific disaster many years ago. And although Superheroes have officially been banned, the world will soon know they are needed now more than ever.

The Onslaught series will follow many people across earth and distant planets as plans are formulated and alliances created. The stakes are only the Universe itself.
I hope you will join us and pick a side…

Sign up for Updates
Other Book Titles in "Onslaught"

The Path (Just Cause Universe Book 14) 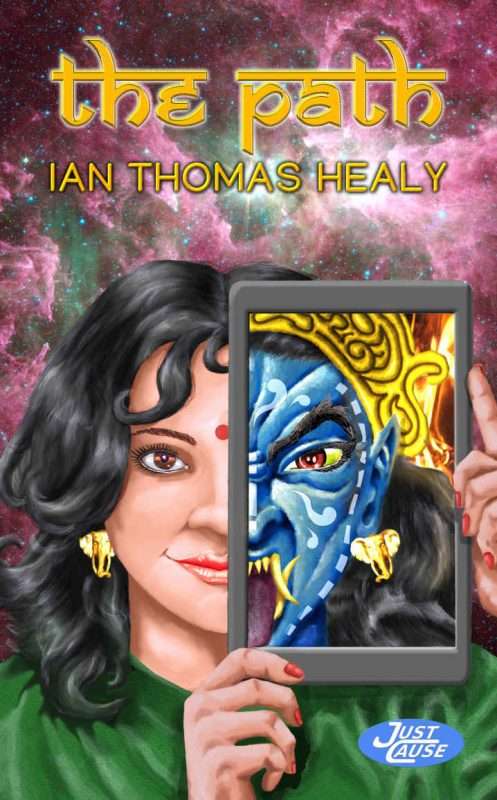