When a superhero serial killer comes to Golden City with the intent of killing Rubberman, Alex Fry (Beams) and his boss desperately try to track him down before he kills them. And when it turns out that the killer is Rubberman’s ex-wife seeking revenge against him, Beams finds himself facing dark magic unlike anything he has face before.

But when a legendary retired superhero shows up and offers to help Beams capture the killer, Beams thinks they might just defeat the serial killer after all.

Yet things are not as simple as they seem, because the retired superhero seems to have ulterior motives for helping Beams, and if Beams doesn’t uncover them quickly, both he and Rubberman will die.

The Vigilantes: The Rise of Heroes Complete Trilogy Boxed Set 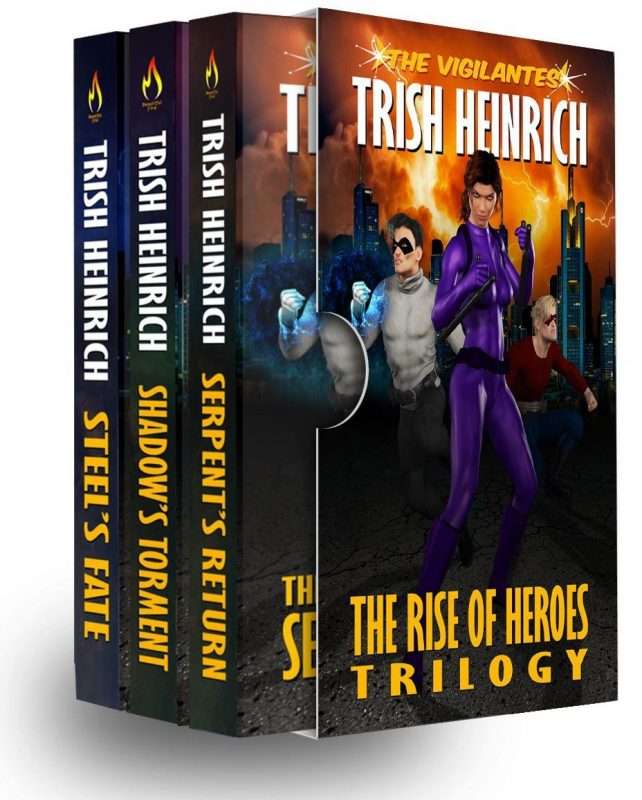 The Eternity Conundrum: A Brief Prequel to The Villain’s Sidekick (The HandCannon Files Book 0)