The Pen and Cape Society presents the third volume of superhero stories by its members: The Good Fight 3: Sidekicks. This collection contains the following tales:"Dating Games" by Marion George HarmonOn a date that goes bad, Astra discovers helpers she didn't know she had."Underestimated" by Samanth...

The Pen and Cape Society presents the third volume of superhero stories by its members: The Good Fight 3: Sidekicks. This collection contains the following tales:

“Dating Games” by Marion George Harmon
On a date that goes bad, Astra discovers helpers she didn’t know she had.

“Underestimated” by Samantha Bryant
Sure, go ahead and underestimate Suzie Grayson just because she’s petite, young, blonde, and cute–that’s just what she’s counting on.

“The Henchman’s Apprentice” by Stephen T. Brophy
‘Handcannon’ LaRue’s henching career kicks off in Guatemala, where he makes his first kill and takes his first interdimensional drug trip.

“Sun-Kissed” by Ian Thomas Healy
Hawaiian superhero Akamai thought he had it made . . . until the kid showed up.

“Secrets in the Sands” by Michael Ivan Lowell
Sidekicks Spider Wasp and Stealth are sent to solve a mystery that, if they can keep their minds off of each other, they might even survive.

“Minor League” by Jim Zoetewey
Two young heroes try to survive the villain who beat them when they were sidekicks.

“Heroes Don’t Retire” by Nicholas Ahlhelm
A former teenage hero comes out of retirement only to face a deadly new threat and the return of her former partner’s greatest regret.

“Unmasked” by T. Mike McCurley
Voltage thought he could handle anything that the Gifted world could throw at him . . . until he had to explain his heroic life to his mother.

“Gemini Rescue” by Caine Dorr
A professional rescue turns deadly for Rion
when the client terminates the contract.

. . . And more!
Be sure to check out the work by all these individual authors as well.

Sign up for Updates
Other Book Titles in "The Good Fight"

The Good Fight 5: The Golden Age
Look Inside 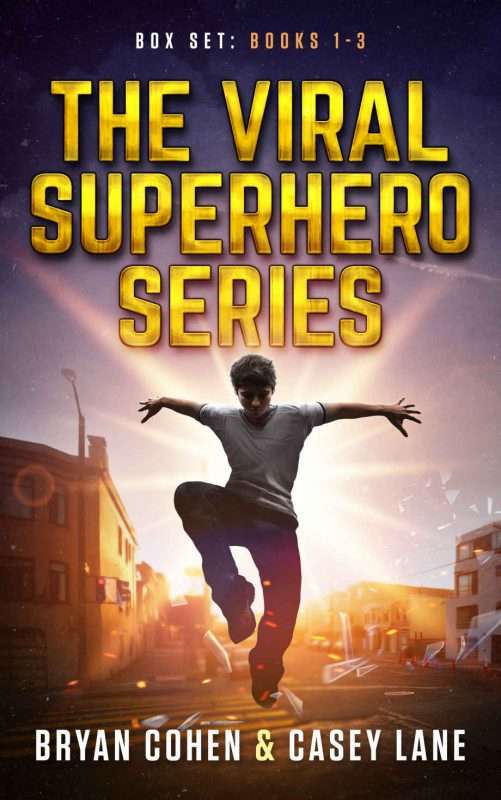