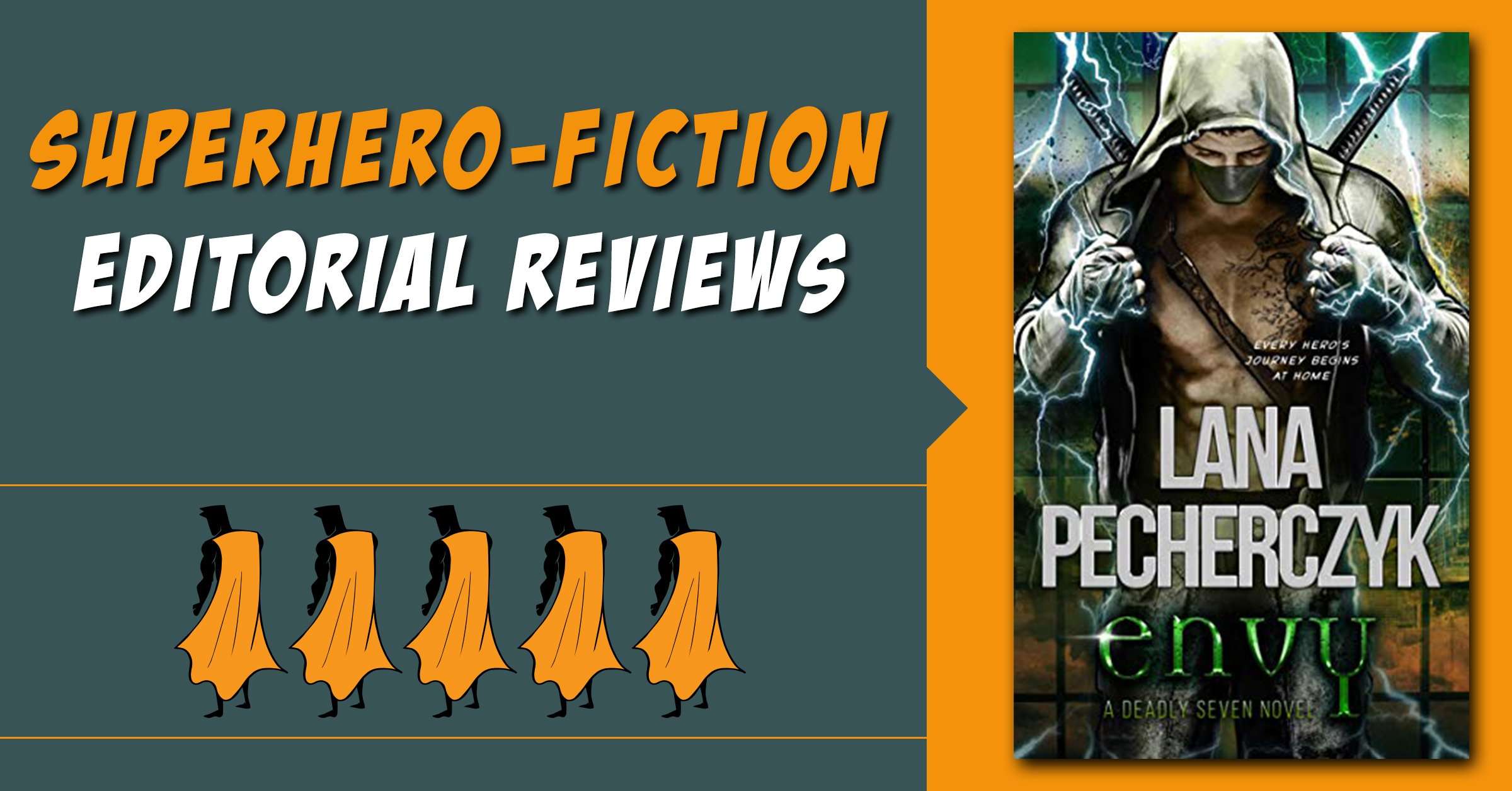 Envy: A Genetically Modified Superhero Romance is the first book in the Deadly Seven series. It features some steamy love scenes and a swoon worthy happily ever after, along with some fantastic superhero world building that will have fans of both genres clamoring for more.

The heroes of the series are seven siblings that have been genetically modified to not only sense a specific deadly sin, but also cursed to have a predisposition to give in to that sin completely. They all walk a precarious tightrope between letting that sin take over their lives and resisting it. The longer each sibling goes without finding their one and only perfect mate that can balance them, the more they go down a path that there may be no return from.

The book opens with our hero, Evan Lazarus, waking up in a garbage dumpster after getting the crap kicked out of him. We learn that he’s had a gut wrenching break with his family that has resulted in a dangerous downward spiral into the depths of his sin, envy.

Doctor Grace Go is our heroine, who lost her family in a tragic incident that also cost Evan his relationship with his siblings. When the two meet, sparks fly and Evan is at last able to quiet the voice of envy in his head. But getting to their happily ever after is a lot harder than they anticipate. The forces that drove a wedge in the Lazarus family are at work again and before she knows it, Grace is caught up in a world of superheroes and supervillains.

I’m giving it five capes for so many reasons, not the least of which is the fact that the world and characters were fully fleshed out and their reasons for acting as they did made sense. Another reason is that all the trappings of the superhero genre were on full display by an author who obviously has a great affection for the genre. We have superpowers rooted in science fiction, a shadowy villain with an unshakeable belief in the righteousness of his cause and an evil minion that we aren’t sure we should hate or root for.

The romance is not only believable, but I found myself not caring that a trope I generally despise (fated mate) was at the heart of it because the author pulled it off so well. I found myself turning the page, desperate to not only find out what the villain was up to, but to see if these two would finally get to the good stuff (if you know what I mean).

The end was intensely satisfying and set up the next book in the series, which I promptly downloaded from Kindle Unlimited and devoured.

If you are a fan of either the superhero or romance genre, this is a must read!